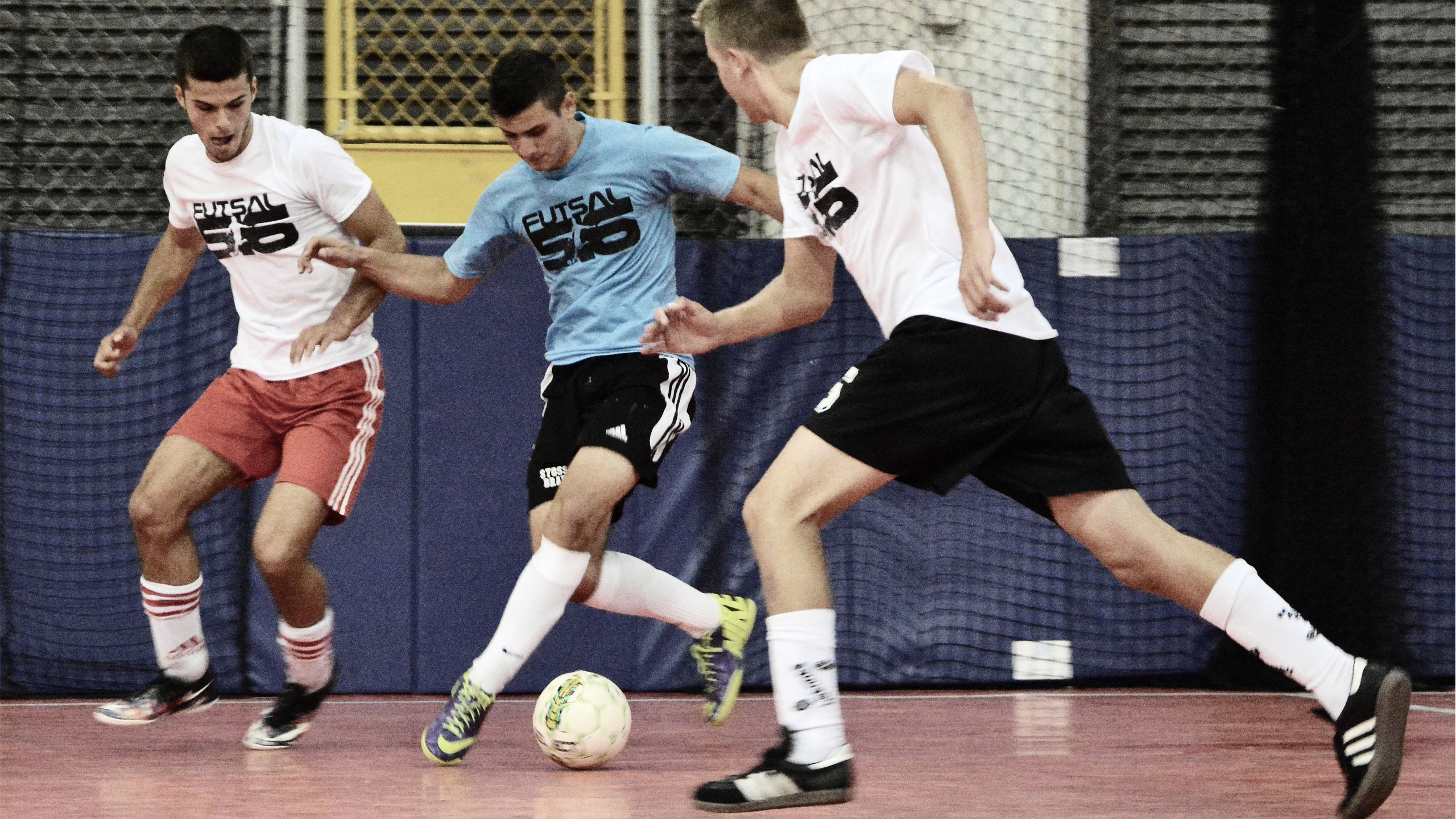 Futsal is an exciting, fast-paced small sided soccer game that is played across the world and is officially recognized by both FIFA and UEFA. Futsal places a large emphasis on technical skill in high pressure situations which can be translated into the outdoor game.  Futsal has become one of the leading tools in player development across the world as it is a great individual skill developer & demands quick reflexes, fast thinking and pin-point passing.

Each team can have a maximum of twelve registered players.

Subscribe to get your Futsal516 latest news, schedule and registration announcements !